This morning Kipi, one of Darakuta’s herdsmen, came across a peculiar turtle. He took a picture and showed it to Michele Menegon ((Museo delle Scienze, Italy), one of the researchers currently at Darakuta. Michele suddenly got really excited – turns out the tortoise was none other than a pancake tortoise! 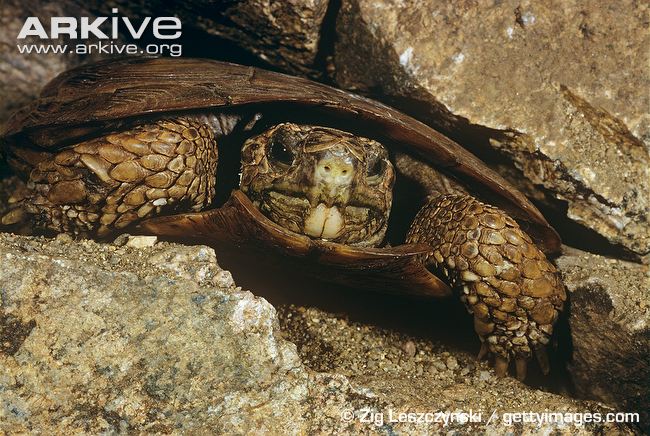 The pancake tortoise, Malacochersus tornieri, is an unusual species of tortoise. Not only does it have a flattened and soft shell, it is also crevice-dwelling and endemic to small, rocky outcrops scattered throughout Kenya and Tanzania. They live in isolated colonies, with many individuals sharing the same kopje (outcrop) or even crevice.

Although their flattened, soft and flexible shell means that they could easily be torn apart by a predator, this shell is also what enables them to crawl into narrow rock crevices where they can escape predators, and exploit an environment that no other tortoise is capable of using. On top of that, unlike most other tortoises with solid shell bones, those of the pancake tortoise have many air spaces. This makes them lighter and more agile than other tortoises and allows them to rely on speed and flexibility to escape from dangerous situations, rather than withdrawing into their shell. 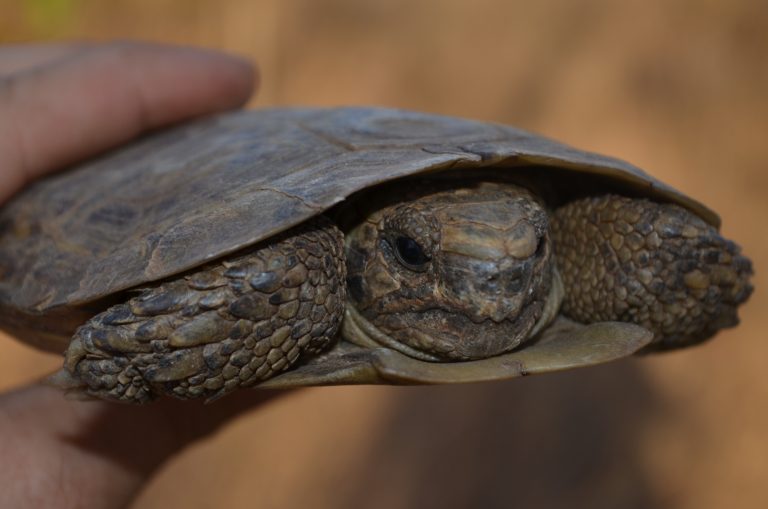 Unfortunately it is exactly this peculiar shape, soft shell and lizard-like behavior that has made them popular in the international pet trade and led to their increasingly threatened population status. In both Kenya and Tanzania much of the population occurs outside protected areas, increasing their vulnerability to over-exploitation and loss of habitat through shifting cultivation. In situ conservation through establishment of publicly and/or privately owned nature reserves is recommended for their conservation.

We are really excited that Darakuta is a haven for this curious but vulnerable species!